On Thursday 1 November the KEEM exhibition A Chain of Wooded Mountains opened at Long White Cloud Gallery as part of Photomonth 2012.  The exhibition continues until 12 November. Installation shots to follow... 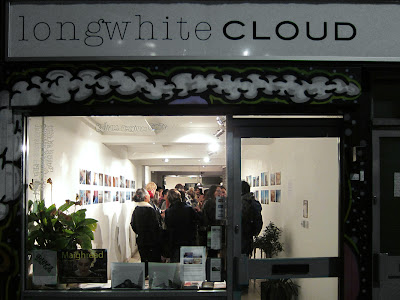 Press Release:
Last October KEEM travelled to the Balkans, taking 3 cameras and shooting 1237 photographs in 10 days. What happens when two people take the same trip, see the same things, and hold the same cameras? When does the memory of physically taking a photograph merge into the memory of the image produced? Through the amalgamation of two individuals' memories, boundaries start to blur, and lines start to cross over.
There are common themes that run throughout the images, bringing elements of the individual practice of each of the KEEM artists to the forefront: the body, people in the landscape, architecture, the presence of two individuals, an intimate relationship.

Both members of KEEM have made a personal edit of 80 images from the original 1237 photographs. Here, they have selected a series of diptychs previously undisclosed to each other. The act of editing has taken on the same importance as the initial act of taking the photographs - opening up the first chance for conversation, comparison and influence.